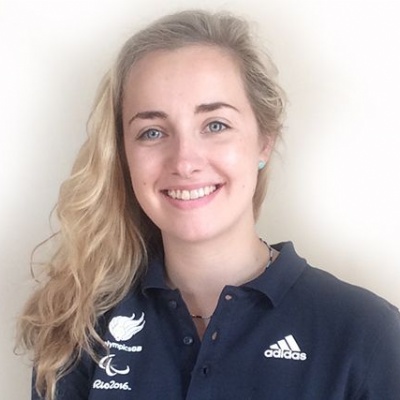 A former pupil has been selected to compete for ParalympicsGB in Rio this month.

22-year-old Issy Bailey, who attended Rendcomb College from 2007 to 2010, is set to make her Paralympic debut in Rio in the shooting squad after a rapid ascent through the ranks in recent years.

After the former hockey player was involved in a car accident in June 2013, she was introduced to the sport of shooting as part of her rehabilitation.

She quickly rediscovered her competitive spirit and in March 2014, just a few months after she first picked up an air pistol, she represented Great Britain for the first time at the IPC Shooting World Cup in Szczecin, Poland.

Issy said: “I’ve achieved so much in the last few years but to make it to Rio is just the icing on the cake.

“I am just so excited to be competing at my first Paralympic Games and I want to say a huge thank you to everyone that’s supported me along the way. It’s also fantastic that the British public are getting behind the team to Supercharge ParalympicsGB – I hope we can make everyone proud.”

Her preparations for Rio coincide with the end of her studies at the University of Exeter, where she has been studying for an undergraduate degree in English.

Away from the range, she enjoys playing wheelchair rugby and played her first game with Gloucester Wheelchair Rugby Club just a year after her injury. She also enjoys playing badminton with the Devon Racqueteers and has also won her fair share of medals in that sport.

Head of Girls’ Games at Rendcomb College, Sarah Bell said: “We are all rooting for Issy and can’t wait to cheer her on and follow her progress in Rio. She was such a determined and competitive pupil, both on and off the field, and her perseverance has truly paid off being selected for ParalympicsGB.”