Rendcomb College, the co-educational day and boarding school for children aged 3 to 18 has opened a new Sixth Form Centre marking the start of the school’s 100th anniversary year. 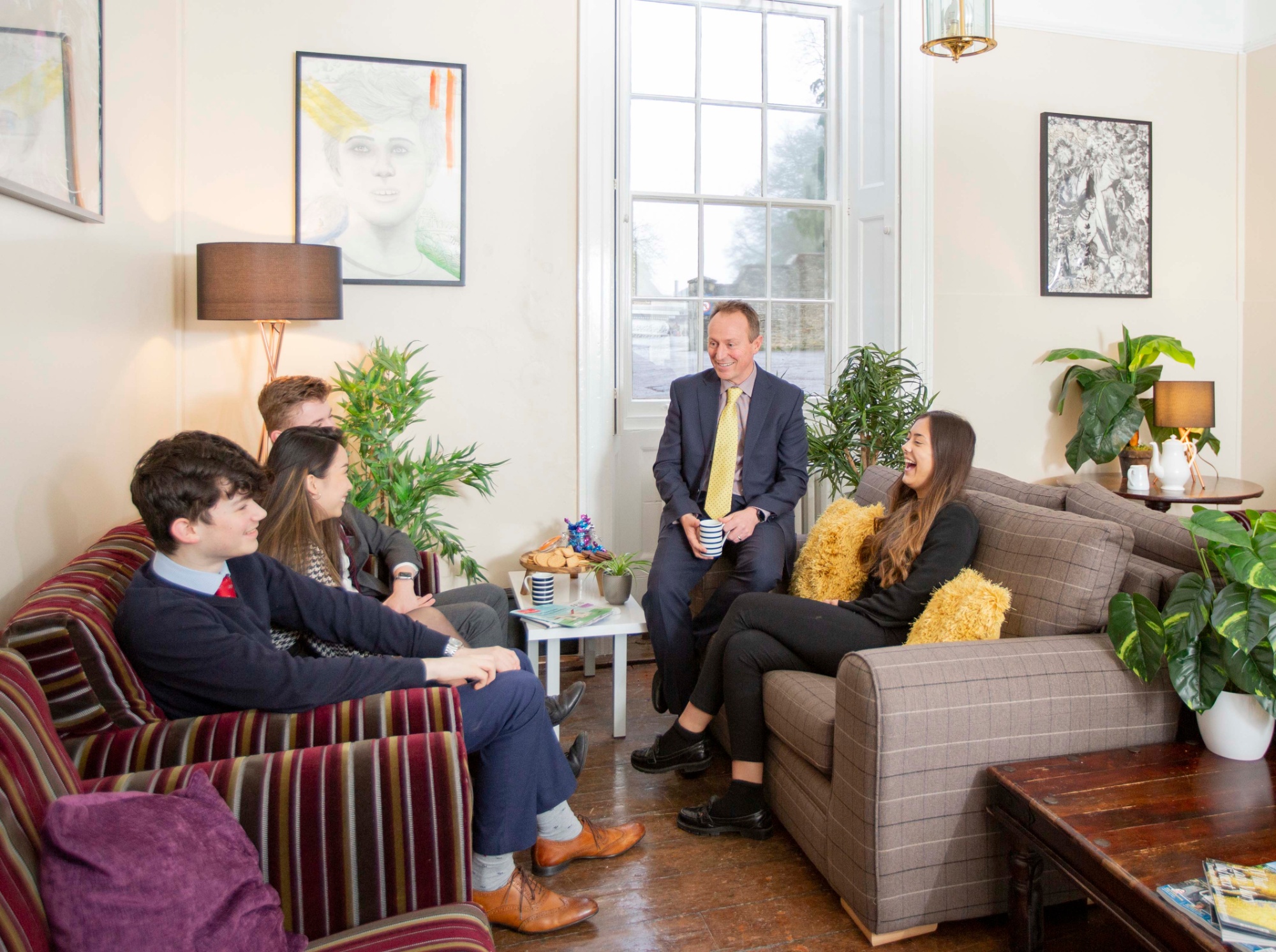 The school was founded on 2 June 1920 for 12 boys and 100 years on, it now educates around 400 boys and girls. The new Sixth Form Centre lies within a Grade II listed building named the Old Rectory where original features such as fireplaces have been restored. Despite its listed status, the Old Rectory features plenty of mod-cons and is positioned within the heart of the campus providing a dedicated space for Rendcomb’s oldest students.

Head of Rendcomb College, Rob Jones said: “The new Sixth Form Centre is a key part the development of our Sixth Form strategy to prepare pupils for the changing needs of university and future employment.”

He continued: “The Sixth Form Centre provides a unique mix of environments. There are modern study spaces that encourage individual and collaborative working and there are sitting rooms, a kitchen and a games room providing students with the opportunity to relax during the working day. There’s also a boardroom which provides a space for meetings and is a base for the growing Enterprise and Careers programme with the former developing an imaginative green solution to plastic waste.

“This superb Sixth Form Centre has been achieved by imaginatively repurposing and developing our current site therefore having a much reduced impact on the environment locally and beyond.

“While the students now have an amazing place in which to learn; Psychology, Business and Economics are taught in the building, they also have the perfect environment to develop their individual study skills using the lessons learned in our C-cubed and Learning to Learn programmes. It is the physical element of a ‘life after Rendcomb’ educational strategy that has seen us completely revamp our Sixth Form curriculum to include vocational qualifications, work experience opportunities, networking events and enrichment opportunities such as the Extended Project Qualification, Duke of Edinburgh and other Arts and Sports Awards. In this way we have focussed on building skills, developing character and offering qualifications that will benefit pupils throughout their life.”

For families considering Rendcomb College’s Sixth Form or Senior School can find out more by contacting the Admissions Office: admissions@rendcombcollege.org.uk or 01285 832306.