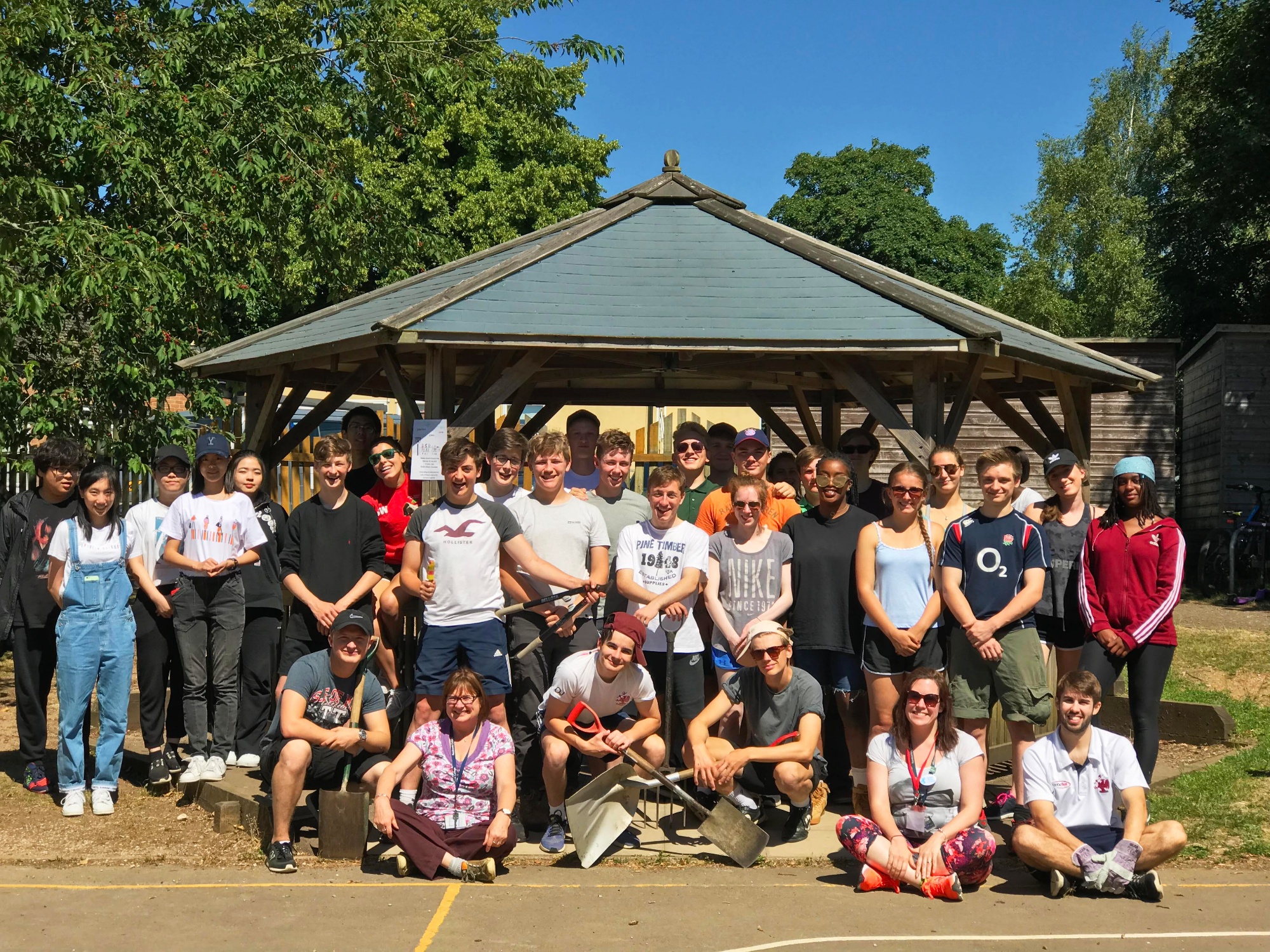 Students in the Lower Sixth transformed an overgrown section of the school’s site from unwieldy undergrowth into a new campsite area with seating, a small fire pit and path through to the pond.

Headmistress of Stratton Primary, Ceris Towler, said: “I can’t believe the transformation. It is so important to have links with schools like Rendcomb College who give so much back to the community.

“We are so thankful for all the effort put in by the pupils; they have done such an incredible job. The children cannot wait to use the area and are so excited to see their new campsite.”

The project was manged by 17-year-old students Eve Harker and Tom Finch who led their team of Year 12s in designing the layout of the area and completing the various tasks throughout the day.

One group were tasked with sanding and painting the fencing at the front of the school while another group cleared the overgrown area and prepared seats and decorations. 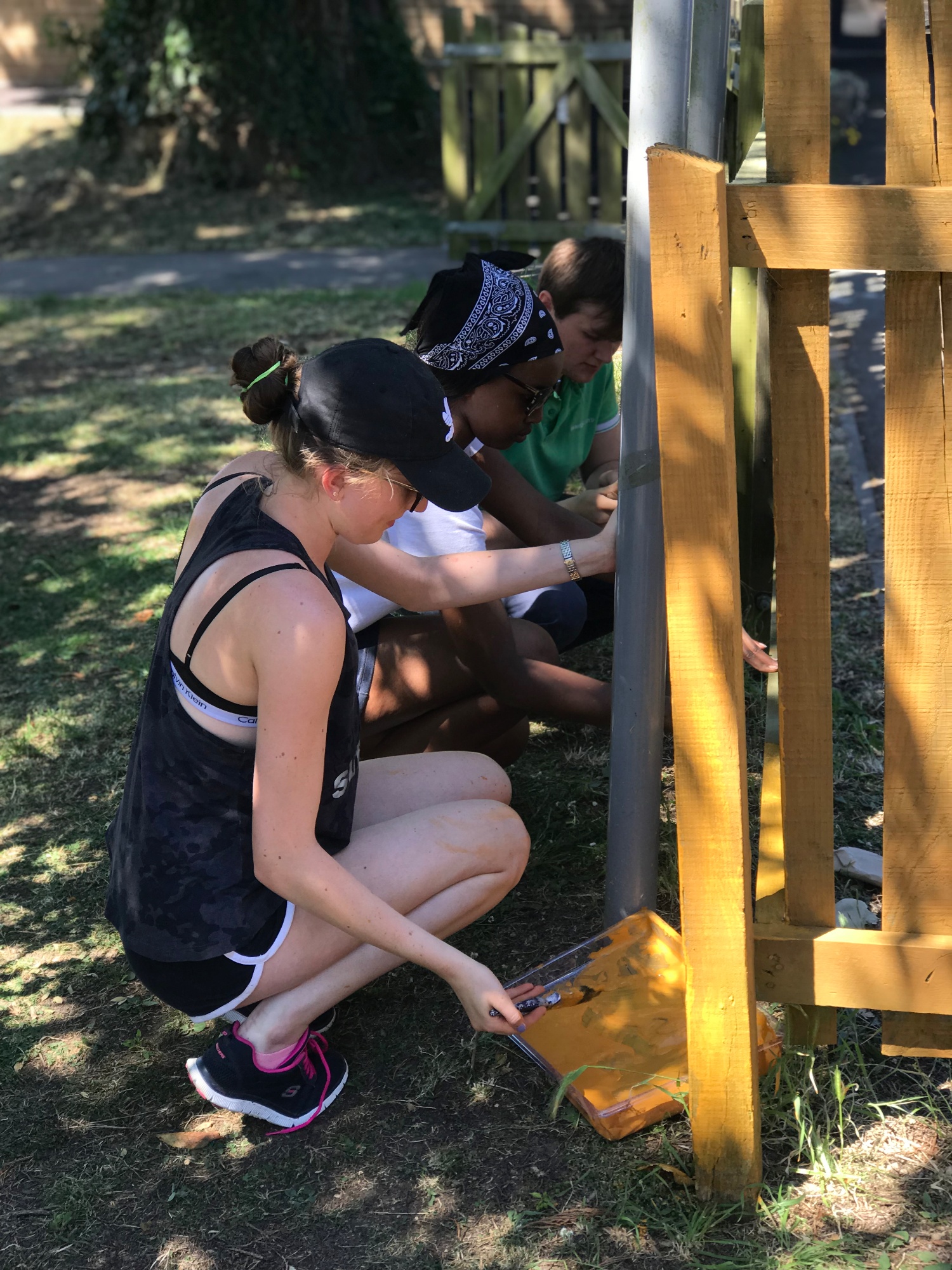 They cut back the trees and bushes and moved large logs to uncover a huge amount of space for a campsite. Once cleared, they began outlining and digging a path through the site to the sections where the seating would be placed.

Tom Finch, Deputy Head Boy and Project Manager said: “Once we cut it all back we realised we had more space than originally thought so we used the logs we had removed from the area to create more seats for the pupils in a second seating section.”

The group also painted pebbles in a variety of creative designs which would then line the path and decorate the campfire section.

Alice Wyndow, Deputy Head of Sixth Form at Rendcomb College, said: “I am so proud of all of the students involved. Their teamwork and dedication shone throughout the day and really showed what the Rendcomb College mind-set is about; being thoughtful about their community and ambitious in the tasks they set themselves.

“The Headmistress and I were both welling up in admiration and appreciation at all of their amazing work.” 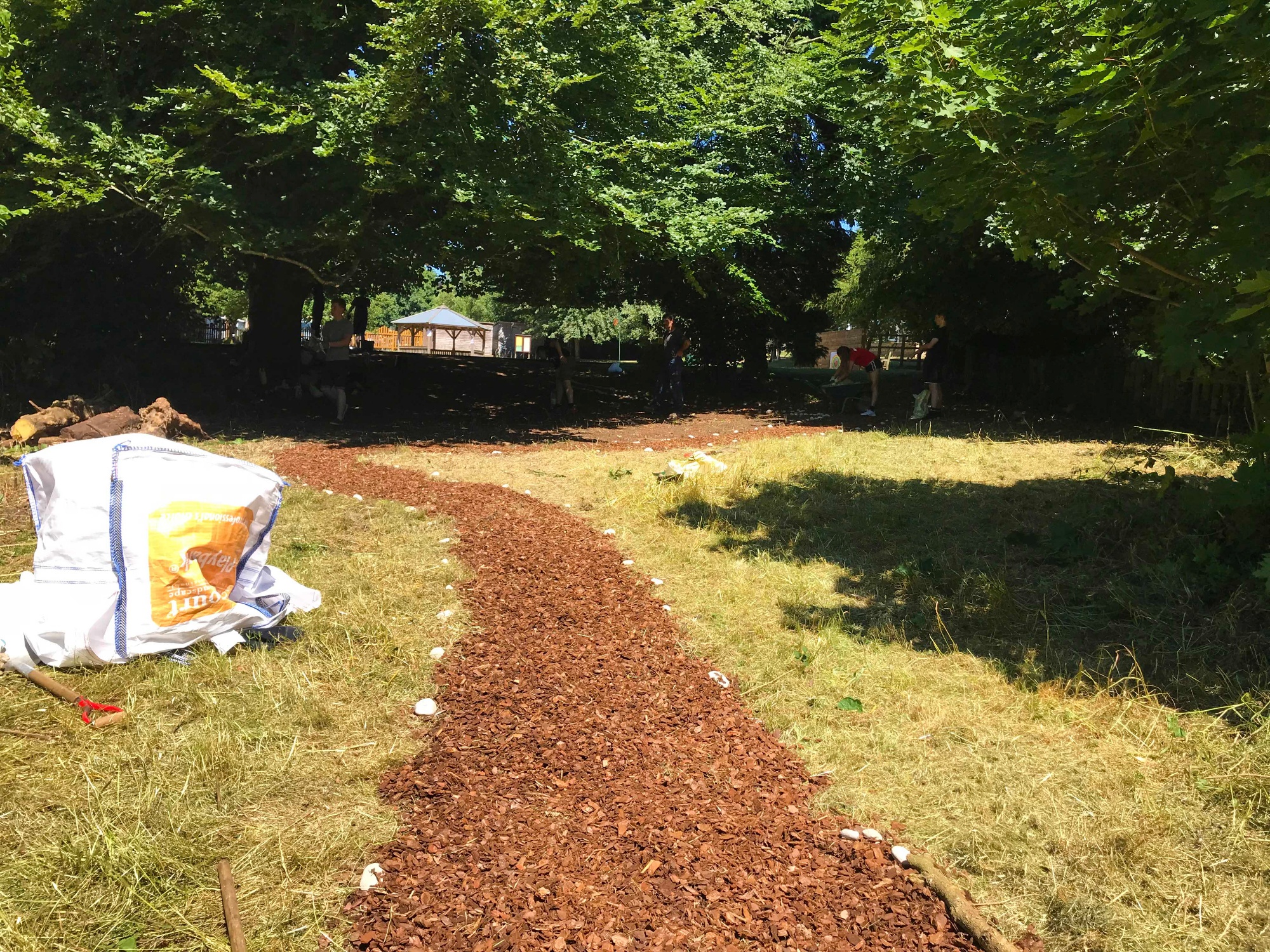 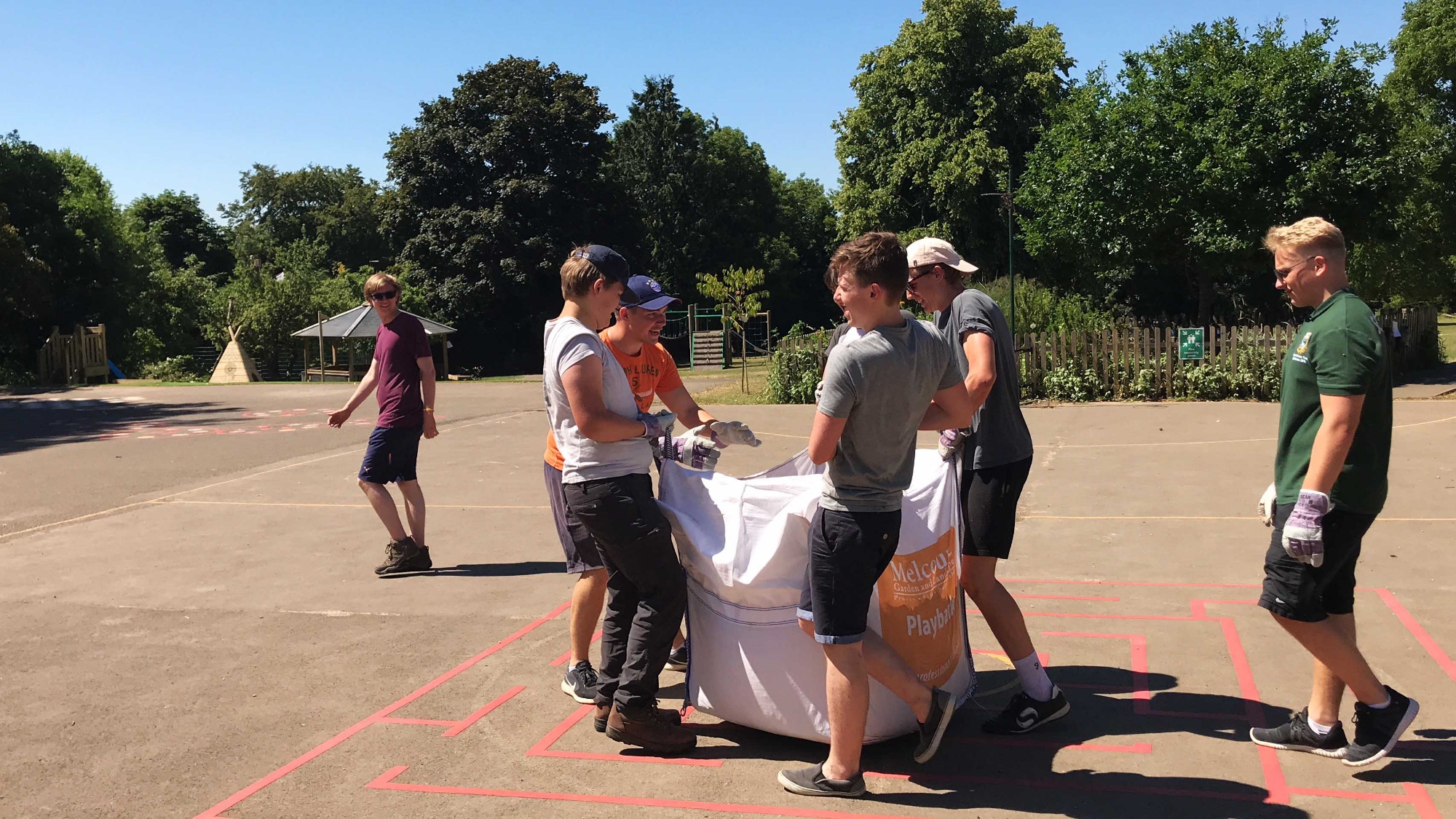