Pupil a sure shot in National Competition 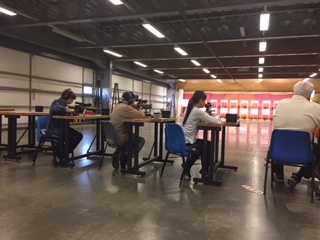 Hugo took part in the Junior Class Benchrest category at the 2017 NSRA Eley Postal Competition, earning himself a silver medal.

The competition comprised of three rounds with the first two rounds taking place at his local club in Swindon before the final, held in Bisley.

The national competition saw thousands of entrants take part across a number of disciplines including; 20 yard Air-pistol; 10 Metre Air-rifle; Benchrest; and Lightweight Sport Rifle (LSR). The preliminary rounds were shot at the competitors’ local clubs where the lowest scoring shooters were eliminated and the highest scorers moved forward to the next round.

The National Small-bore Rifle Association (NSRA), who ran the competition, is a registered Charity and also the national governing body for all Small-bore Rifle and Pistol Target Shooting in the United Kingdom, including Airgun and Match Crossbow Shooting.

Established in 1901, the NSRA has been responsible for the teaching of marksmanship to the public following heavy defeats in the second Boer War. The NSRA is now responsible for hosting a number of shooting competitions and meetings which culminate in the Bisley Rifle Meeting each year.

The teams participate in approximately 12 competitions per year and this year, hosted the first event at the College which was a resounding success.