A Solid Set of A-Level Results for Rendcomb College 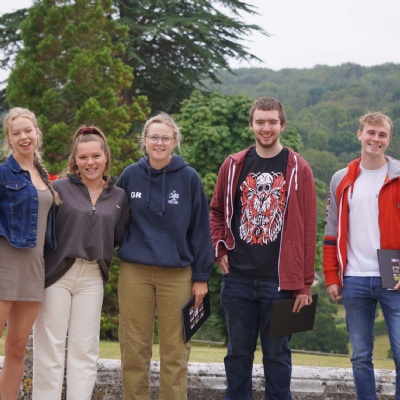 Rendcomb College Sixth Formers are celebrating a fabulous set of A-Level results in what has been the first normally examined year since 2019.

With 73% of pupils achieving A*-B and 49% gaining A*-A, significantly up on 2019’s figures, it embodies the hard work and effort put in by both pupils and teachers to deliver this strong performance.

Pupils performed well across a wide range of disciplines with 100% A*-B in Art, English, EPQ, German, History, Photography, and Psychology.

Head of College, Rob Jones, said “It is wonderful to see these great results from this year’s Sixth Form. This is a group of young people who have endured 2 years of upheaval during this crucial period in their educational careers. They have taken it in their stride, and it is no surprise to me that through their dedication and resilience that they have done so well.”

Of particular note were pupils Molly P, attaining an amazing 4 A*. Molly has secured her place reading Law at Durham, however, she is now considering taking a year out and applying to Cambridge.

Similarly, Poppy W attained 3 A* and an A and hopes to read Environmental Biology at Exeter.

Eddie M secured 2 A* and 2 A’s, allowing him to take up his place at The University of Reading to study Computer Science.

Nathan S-M, who is well known for his work in local theatre, is delighted with A*, B and Distinction which means he will be going on to study Drama and Musical Theatre at Trinity Laban in London.

Isabel F achieved A*, A* B and is looking forward to pursuing a career in photography and creative arts.

Kate H who is going on to study Agriculture, achieved A*, A, Distinction.

Three long-time Rendcombians, who all joined in the Junior school, also had great results with Dylan S and Jack B both achieving 3 A’s, along with Emily F who secured A*, A, A, B. All are going on to study at University.

A special mention goes to Bertie P who is currently studying his GCSE’s, attaining A* in A-Level Maths, as well as Jacob M who, having taken a year out, is now off to medical school.

With Rendcomb College Sixth Form growing in number year on year, a recently refurbished and dedicated Sixth Form centre sitting alongside class-leading facilities and teachers, plus a double Excellent awarded by the Independent Schools Inspectorate this year; it is little wonder then that Rendcomb College is going from strength to strength.