Rendcomb College welcomed eight local Primary and Prep schools to the new Griffin Theatre to take part in a ‘Body Percussion Workshop’ held by the Beat Goes On. 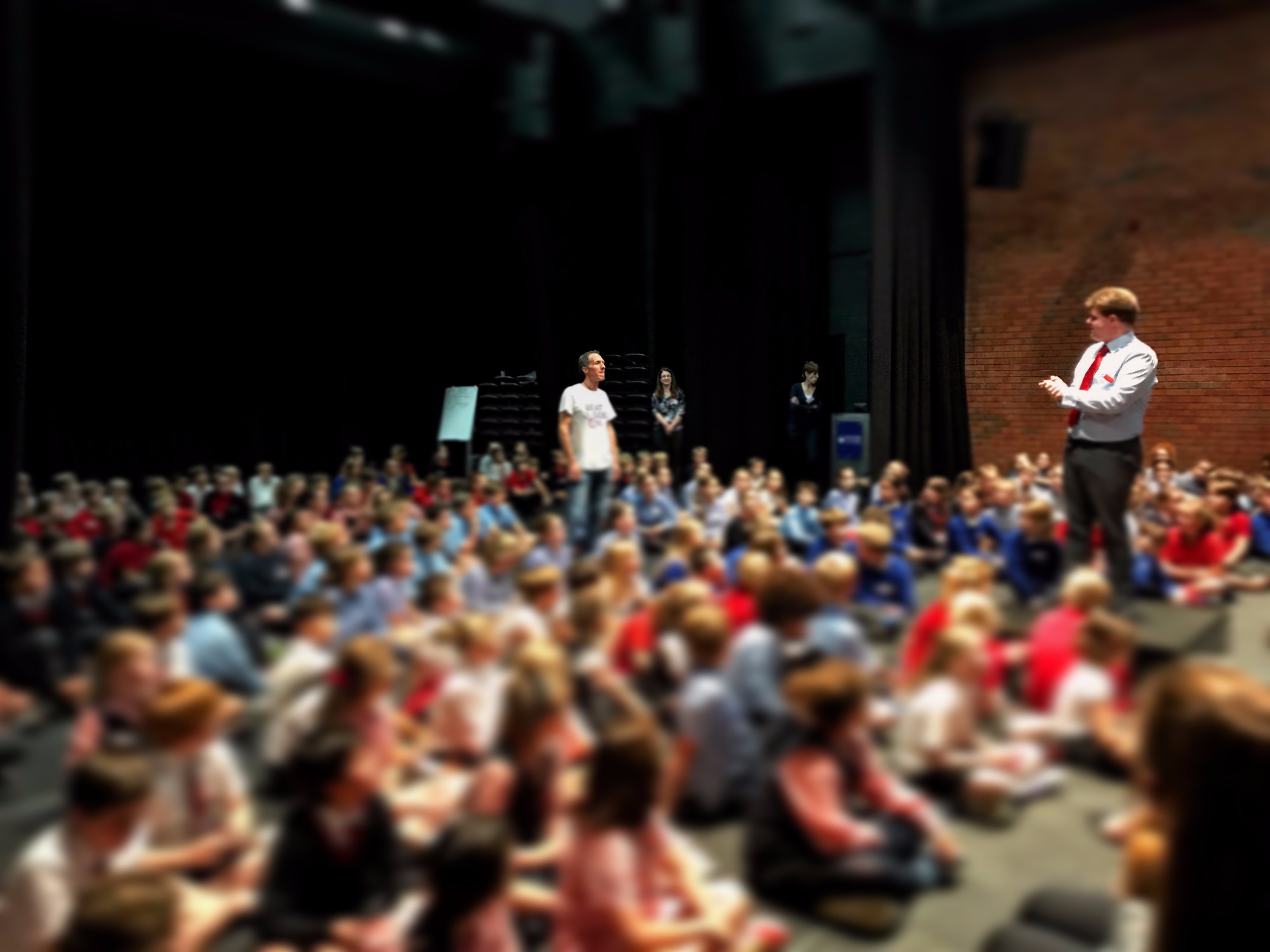 The Beat Goes On was created by Ollie Tunmer, a former cast member of hit West End show, STOMP. His workshops encourage children to get active while also developing musical skills and using music as a way to promote wellbeing for both the individual and the school community.

Over 160 children from schools across Gloucestershire and Wiltshire were welcomed to the school before being shown the state-of-the-art performance venue, the Griffin Theatre, in which the workshop and performance to parents would take place. Schools included; Southrop, North Cerney, Hatherop and Stratton Primaries and St Margaret’s Calne, Hopelands and Berkhampstead Prep schools.

Gavin Roberts, Head of Rendcomb Junior School, said: “Welcoming over 160 children and their families to our new theatre was so exciting. The whole day was full of energy, rousing beats and great fun! Having such training from a West End star has been a highlight of the term so far.”

Director of Music, Dr Tom Edwards said: “It was a great pleasure to welcome Ollie for the Beat goes On, and 160 excited Year 6 students to our wonderful Griffin Theatre. It was wonderful to see so many children learning new skills and developing new ideas about music and how it can be produced. The performance at the end of the day held the large audience of parents and supporters in rapt attention, and it was an experience that will remain with the children and many of their teachers for a long time. At the end of the day there were many happy, smiling, musical faces thanking Ollie for his enthusiastic and brilliant workshop.” 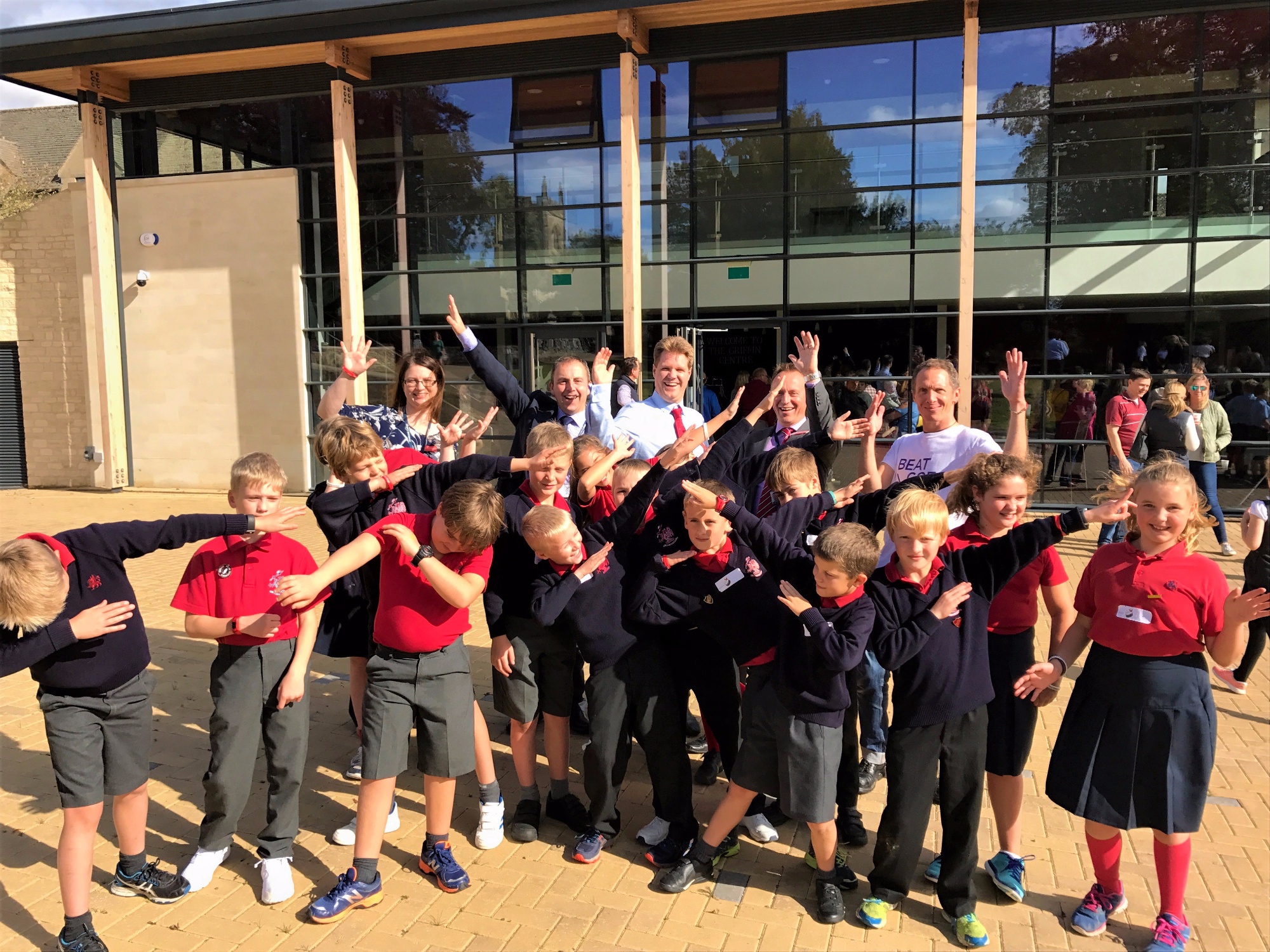 The workshop began with a warm up in which Ollie took the students through some basic percussion beats using only their hands, feet and mouths. These warmups led into the development of a routine, or composition, which would be performed to the parents later on in the day.

The routine used basic rhythms taught by Ollie with the students giving their own ideas which were added to the sequence.

The day was split into sections with activities held by Rendcomb College’s Head of Key Stage 3, Mrs Rachel Fielding, in which all schools competed in a ‘crossword treasure hunt’ solving riddles that were set out among the school’s grounds. The winners of the crossword hunt were Hatherop Primary with Southrop Primary coming in a close second.

The children spent their final hour fine-tuning their performance and practicing before taking to the stage in front of an audience of visiting parents and families.

With a full theatre, Ollie begun by showcasing his skills with a solo performance which left many of the parents, and pupils, suitably impressed.

The children then put on a fantastic performance, showing off a number of skills learnt throughout the day. Little did the audience know, they too would be involved! With the students showing off their body percussion skills, Ollie encouraged the parents watching involved, getting them on their feet and following along with the beats.

The event was well received by all involved with the visiting teachers and parents commending the Griffin Theatre’s facilities and the Beat Goes On for the performance put on. 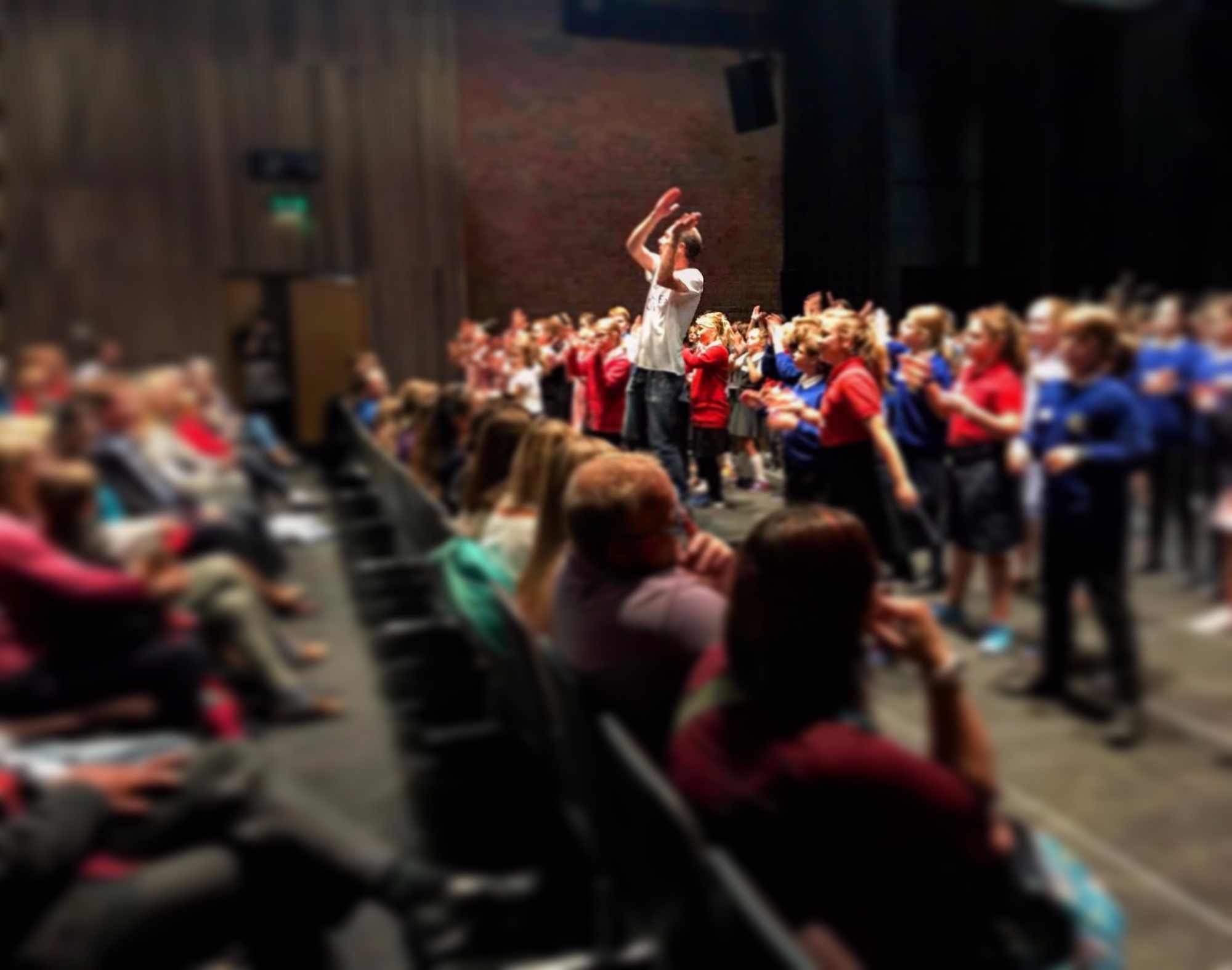 The Griffin Theatre is available to hire for a host of events including theatre productions, conferences and corporate days with flexible seating arrangements, including an orchestra pit if required. It also boasts top spec, in-house AV equipment.